The Bishop and the Nightie: censure in television

The most memorable scandals in Irish life feature a fulminating bishop and this is no exception. This brief controversy is infamous but why do we find it so compelling? Dr Morgan Wait joins me to talk about television and titillation in 1960s Ireland.

A tour of the maze of committees that controlled who read what in Irish public libraries. Public libraries were one of the most important sources of reading material for ordinary people.

Both these artists were renowned for their religious subject matter but they still offended important people.

The scandal over Roer Casement’s diaries is huge. It’s past time I read the smut and examined the censure of the man and his writings.

The real truth about post-independence Ireland is that everyone was reading the British sleazy tabloid, the News of the World. Some people were determined to stop that.

A novel famous for the furious reaction it provoked in the people of Delvin, Co Westmeath. But how do boycotts work and why are they so terrifying? 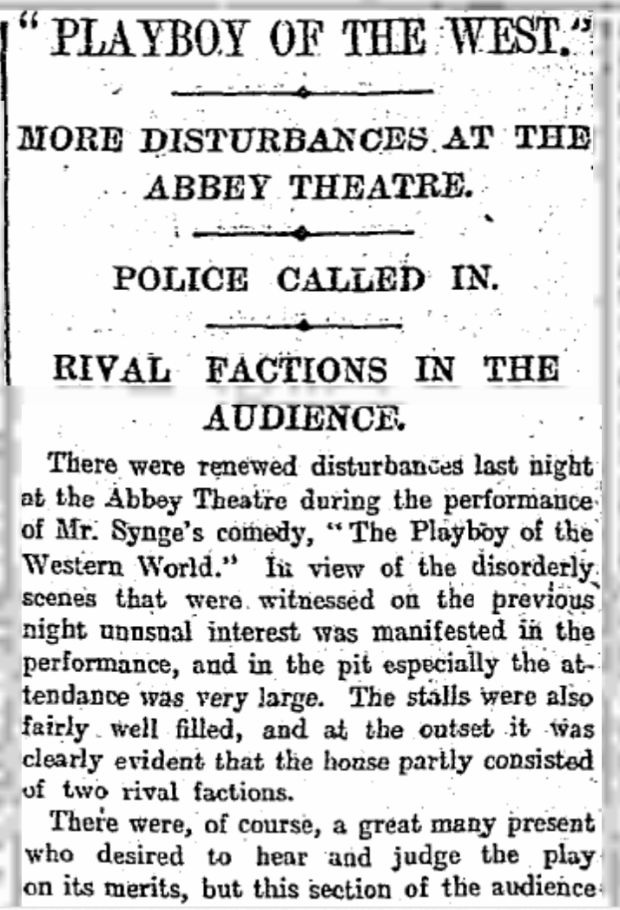 The Playboy Riots were a notoriously rowdy series of audience protests in the Abbey Theatre. The patrons were so offended by The Playboy of the Western World their loud singing and heckling drowned out the actors. This much-studied moment in Irish cultural history deserves a deep-dive into the play itself and the over-reaction to its performance.

With guest, Dr Lloyd (Maedhbh) Houston, I discussed the play and the uproar it caused, paying particular attention to drunken singing and the comedy act of one protestor, Mr Overcoat.

One of the many bestsellers from the 1930s which was banned. When this novel was on sale after it was banned, the unfortunate bookseller was prosecuted.

Moore is a new discovery for me and I’m hooked. A short, remarkably poignant novel that should be better known.